But while the general public may not have anticipated a resurgence in LP sales, those who have been paying attention for the past few years likely aren't surprised.


Data provided to CNBC by eBay shows that sales of new and used vinyl have been steadily increasing over the past decade. Sales increased by Furthermore, there was an While sales have gone up, prices have as well. At the same time, revenue from compact disc sales has steadily declined.

Dan Orkin, director of content at music gear marketplace Reverb, which also sells records via its site Reverb LP, said that this shift is partially a response to streaming services. Mara Kuge, president and founder of Superior Music Publishing said that the shift is also partially driven by aesthetics. In other words, records look cooler than compact discs. Audiophile music mastering engineer Steve Hoffman, who has mastered albums by such artists as Paul McCartney, Frank Sinatra, and Miles Davis, said that this is due to a perceived "warmer" sound of vinyl records, a byproduct of the technology used to make them.

With digital, anything goes, and in the hands of a bad engineer, too much knob-twiddling is a disaster. While compact discs are still selling, John Kioussis, owner of Rockit Scientist Records, said that the drift away from the format could also be attributed to a common cause — it costs too much.

While streaming remains the overwhelming format of choice for the majority of music listeners, Orkin said that it poses no threat to vinyl's ongoing viability. If anything, he said that streaming services have actually helped sell records.

While vinyl fans will no doubt be pleased to see the format enjoying a minor renaissance, Alan Schneider, an independent record dealer and former owner of the No More Records label, said that it would only continue if record labels reliably manufacture a high-quality product. Sign up for free newsletters and get more CNBC delivered to your inbox. Get It Together [Translucent….

From Out Of Nowhere Deluxe ….

Abbey Road [50th Anniversary…. Birds in the Trap Sing…. I Shouldn't Be Telling You…. 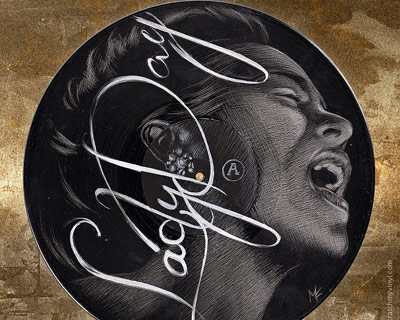 Ode to Joy. Where the Light Is: John Mayer….

Art & Vinyl: Artists & the Record Album from Picasso to the Present | Fraenkel Gallery